The third entry in the Ant-Man series and the 31st movie in the Marvel Cinematic Universe, Ant-Man and the Wasp: Quantumania, is now widely anticipated for its release next month. The movie, which is directed by Peyton Reed and written by Jeff Loveness, also stars Jonathan Majors, Michelle Pfeiffer, Michael Douglas, and Bill Murray. Paul Rudd plays Scott Lang/Ant-Man, while Evangeline Lilly plays Hope van Dyne/Wasp.

Following Scott Lang and Hope van Dyne as they are sent to the Quantum Realm, where they must battle the evil Kang the Conqueror, the story starts up after the events of the previous two movies. Kang is a time-traveling being and the offspring of the scientist of the same name. He has battled the Avengers and the Fantastic Four in several comic books.

The movie’s cast, new characters, and title were all revealed in December 2020. Early February 2021 saw the start of production in Turkey. Prior to primary shooting starting at the end of July 2021 at Pinewood Studios in Buckinghamshire, England, and ending in November 2021, additional filming took conducted in San Francisco in June 2021.

On February 17th, 2023, Ant-Man and the Wasp: Quantumania should be slipping into the cinemas. 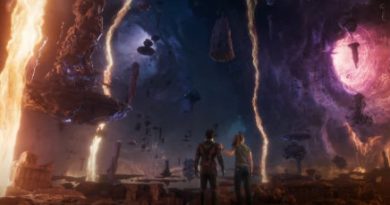