Seeing all the cover of ‘Alter Ego’, there are a couple that really stand out, not surprisingly as its drawn by Neal Adams, and I’ve waited a long time on this one to read its main content, a 48 page interview with comicbook writer and editor Dennis ‘Denny’ O’Neil, who sadly died last year. A Missouri journalist who was brought into the industry by Roy Thomas. A prolific writer who, while working at Marvel, under the name of Sergius O’Shaugnessy also wrote at Charlton.

As he explains, for Marvel he adopted Stan Lee’s style for Marvel but felt a need to develop his own style and eventually moved over to DC Comics when his Charlton editor, Dick Giordano moved there and could take some of his writers as well. It is there that his work on Batman and Green Lantern/Green Arrow that became legendary as he and Neal Adams redefined the characters.

Something I totally agree with him is that the editor and writer should be separate people, if for no other reason as a sounding board and a fresh eye. Give yourself either a couple hours to read it all or spread over a couple sessions. A worthwhile refreshing interview. 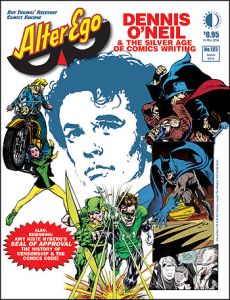 What remains of this ‘Alter Ego’ starts off a look at the Comic Code Authority extracting from the 1998 book ‘Seal Of Approval’ by Amy Kiste Nyberg. A quick check and it’s still out there.

A change to some brevity when in part 2 of his ‘Mr. Monster’ section, Michael T. Gilbert is having a look at comicbook characters reading comicbooks. Just raising one odd comment about Johnny Storm reading a comicbook about the Sub-Mariner, there’s also an implication that there must have been comics about the first Human Torch and Captain America as well.

The Fawcett section devotes itself to Otto Binder, starting off in his own words about the needs of the writer needing to take into account what needs to be watered down or changed by the artist. It’s a useful lesson. Although writers paint with words, there is a need to understand how much can be fed into each panel to tell a story. Although most writers can’t draw, understanding the basics of that and storytelling is essential if you want the artist to visualise your ideas.

Seeing Binder’s ideas to keep Captain Marvel going by showing more of Billy Batson’s life in the 1950s prior to the legal battle with DC Comics is also interesting in terms of changing to match a new decade and doing something new with the characters.

This issue of ‘Alter Ego’ had more surprises than I had anticipated, certainly from the aspects of comicbook storycraft that certainly should be applied today. In many respects, comicbooks need a shot in the arm from time to time and, even in this modern era, something is due to be changed again. 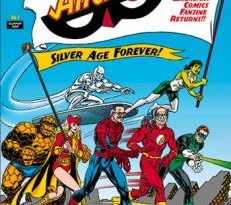 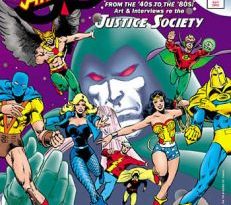 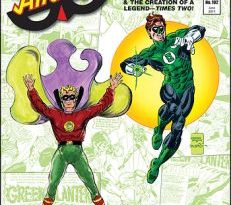