There is a fine line between the ardent science fiction fanatic and the casual observer that can accept the genre in sporadic gulps. Nevertheless, science fiction has blessed television favorably from the golden days of the boob tube where B-movies and morning family serials took audiences to new depths of appreciation and imagination to the prime time excellence of sophisticated sci-fi programming in the millennium.

Now the question remains: which so-called science fiction TV shows are for the true and blue sci-fi sycophants and which ones are friendlier to the average (or not so average) television viewer of this preferred genre?

To simplify this inquiry let us ponder this question with this forethought: what fantasy/science fiction TV shows would you consider as “friendly” acceptance to the casual viewer? In tackling this question we will list ten American-produced sci-fi entertainment selections to see why the Average Joe/Joanna would consider these TV samples as viable escapism despite the science fictionalized imprint. Do you agree or disagree with the mentioned selections below? What would your selections be for “friendly” sci-fi viewing? Naturally, obvious choices such as Star Trek or Battlestar Galactica will come to mind. Let’s examine the choices below, shall we?

EXPLANATION: The late Rod Sterling put his playwriting talents to challenging use when creating a bizarre utopia of irony and twisted imagination in the science fiction anthology series The Twilight Zone. Although there is no doubt about The Twilight Zone’s usage of sci-fi themes to illustrate the point of Sterling’s strange morality play on the unpredictable human condition and the weird circumstances that confronted them the program still created a brilliant and surrealistic curiosity for ALL television members to embrace with emphatic, perplexing forethought.

EXPLANATION: The loopy but lovable exploits of alien “Uncle Martin” as the Martian that invades the life of newspaper reporter Tim O’Hara is sustainable to non-science fiction geeks in particular because one doesn’t need to have an educated realm involving space invaders. For TV audiences in early 60’s America My Favorite Martian was the ideal and fluffy escapist farce about a special kind of male-bonding that pre-dated the social turbulence in the country, man’s first walk on the moon and the popular showing of The Odd Couple concept of strange pairings.

EXPLANATION: TV audiences were captivated by the intentional camp, cockeyed creatures and cheesy space adventures that overwhelmed The Robinson family and their associates (Major Don West, the Robot and the devious stowaway Dr. Zachary Smith) on the Irwin Allen-produced sci-fi drama Lost in Space. Vastly popular in its simplistic and goofy-minded approach to spastic space-aged melodrama, Lost in Space is a borrowed concept (imagine the Swiss Family Robinson trapped in the galaxy instead of a remote island). Even today reruns of Lost in Space is a worldwide phenomenon that persists in the minds of baby-boomers and a new generation that never tires of the Robot’s iconic warning “danger Will Robinson…danger!”

EXPLANATION: There were definitely sci-fi elements that were the technological tongue emerging from Quantum Leap. The show told the tale of Dr. Samuel Beckett, a physicist that has the freakish ability to leap into human bodies (and sometimes animals) courtesy of a time travel experiment gone bad. Accompanying Sam on his leaping adventures and tricky situations is Al Calavicci, a hologram “Observer” who informs Sam on what his mission is inside whatever body he’s occupying during his chaotic leaps. Despite the sci-fi sensationalism of Dr. Sam Beckett’s random leaps throughout contemporary human history Quantum Leap was a universal show that catered to the emotion and morality of its viewers willing to share the dilemma and eventual good deeds of a traveling physicist looking to make wrong into a good-natured right.

EXPLANATION: With a combined run on the Fox network and Sci-Fi cable channel, Sliders burst into living rooms with genius college grad student Quinn Mallory and his fellow “sliders” as they were sucked into wormholes (courtesy of Mallory’s invention of device resembling a TV remote controller) that planted them in parallel universes of their existing realities. Sliders certainly was a sci-fi popcorn piece as it allowed viewers the chance to escape the hallucinations—sometimes horror, sometimes comical encounters that transfixed audiences. From the brutish warriors Kromaggs to the sadistic military mad man Col. Angus Rickman, Sliders had an appeal that went beyond its sci-fi worm hole traveling sideshow.

EXPLANATION: American astronaut Steve Austin was a rugged and handsome specimen whose life hung in the balance after a severe crash in his NASA vessel. Top secret government doctors and officials had the green light to turn Austin’s damaged body into a bionic mechanism through an intense operation. This made Steve Austin incredibly strong and fast as a reinvented bionic man—a part cyborg, part human employee for the OSI (Office of Scientific Information). All-American Steve Austin was the superhero for the ages as he battled evil scientists, freakish monsters, human baddies and other riff raff that threatened the interest of society. This is a sci-fi fantasy suitable for geeks and straight-laced TV watchers. It is not a bad option to escape in the over-the-top excess of an atomic-powered Superman without the cape and a big “S” on his chest.

EXPLANATION: This syndicated situation comedy told the tale of United Robotronics research engineer Ted Lawson whose invention of a Voice Input Child Identicon turned into an appearance of a human-like 10-year old girl named Vicki made for comical giggles in this fun and cheesy-minded program. Passing Vicki off as his daughter was indeed a tall order for Ted especially when he had to hide the suspicions of Vicki’s secret mechanical makeup from his nosy boss and neighbor Brandon Brindle and his intrusive and bratty Harriet who’s Vicki’s contemporary. Small Wonder was a guilty pleasure hoot.

EXPLANATION: Conspiracies, governmental intrusion and miscellaneous paranormal phenomenon is what made the intriguing The X Files a popular prime time staple for those invested in this fantasy drama. FBI agents Fox Mulder and Dana Scully are called in to investigate the bureau’s unsolved cases that mainly dealt with the supernatural angles: UFO sightings, aliens and mutants, genetically-enhanced humans, telekinetic terrorists, mysterious abductions, etc. Moody, suspenseful and off-kilter, The X Files was appetizing courtesy of its off-balance mystique and its devotion to the sophisticated phenomena of the unknown and outrageous surrealism of its creepy convictions. From the whispery existence of federal figureheads to the conniving cretins that were under the microscope, The X Files was extreme escapist television that worked its mysterious magic on sci-fi souls and other labeled TV viewers that got a kick out of the show’s chilling (and sometimes amusing) verve.

EXPLANATION: This short-lived fantasy adventure told the quirky premise of a bunch of unique freaks and geeks and how their specialized talents and skills would come in handy thus making them the unlikeliness of revered superheroes out to save the world that shuns them. Led by Dr. Billy Hayes of the Humanhidyne Institute of Los Angeles, the so-called “misfits” had proficiencies in telekinetic powers, shrinkage and electro-charging capabilities. Together, these outcasts formed their own family and whatever angst the world held against them for their weirdness and wackiness it did not stop them from accepting their resourceful deficiencies and making a difference to benefit society. Misfits of Science was juvenile and woefully derivative but nevertheless charming in its commentary on being different yet having the fortitude to be who you are despite whatever shortcomings others may point out in judgmental fashion.

EXPLANATION: It is a crying shame that The Outer Limits always seems to get overlooked as it is in the background shadows of another superb science fiction anthology series The Twilight Zone. Still, The Outer Limits had its own distinction as a sci-fi spectacle that resonated in its peculiarities of the human condition while questioning the oddity of the dire predicament. Thoroughly haunting and enticing, The Outer Limits had an eeriness that was strikingly thought-provoking and tantalizing. Who can forget the show’s memorable goose bump opening: “There is nothing wrong with your television set. Do not attempt to adjust the picture. We are controlling transmission. We will control the horizontal. We will control the vertical…You are about to experience the awe and mystery which reaches from the inner mind to…THE OUTER LIMITS. What an awesome rush! 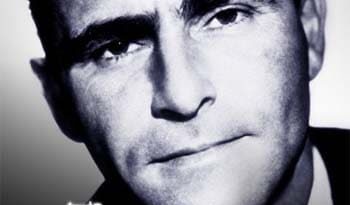 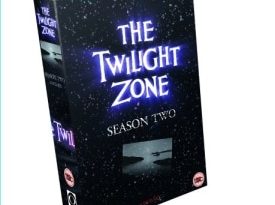 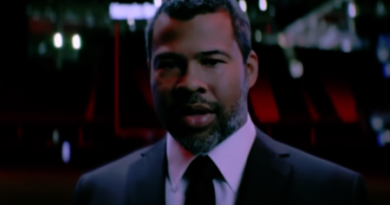