‘A Darkling Sea’ by James Cambias has one of the best opening lines I’ve ever seen:

‘By the end of his second month at Hitode Station, Rob Freeman had already come up with 85 ways to murder Henri Kerlerec.’

The following few paragraphs expand on the statement and the first chapter settles the bet. The pool and the participation of all the crew also sets the tone for the novel. It’s Science Fiction with a good dose of humour. Set deep beneath the ocean of a far flung planet, ‘A Darkling Sea’ explores a diplomatic incident that nearly sparks a war between three species. One of the primary missions of the men and women stationed at Hitode is the study of an apparently intelligent life-form that exists in wildly different environment. The Ilmatarans live at the bottom of the ocean, along a rift broken by vents of warmer currents. Miles above, the ocean is capped by a shelf of ice. For the Ilmatarans, there is no concept of anything beyond that barrier.

The humans are forbidden to make contact with the Ilmatarans. When they break this covenant, the Sholen arrive to investigate. They are the third alien species and apparently see themselves as the mediators of the space. They’re not all that impartial, though. The visiting delegates have to dance between the politics of the humans and the Sholen, erring on the side of caution. Unfortunately, the Sholen version of caution seems to be shoot first and ask questions later.

What follows is almost a comedy of errors as each species confounds the others by acting as culturally appropriate. Henri Kerlerec makes contact, in a spectacular manner. The investigating Sholen understand he acted alone, in error and defiance, and yet to appease their superiors, they rule against the humans, who are ordered to leave Hitode Station. They rebel. Meanwhile, the Ilmatarans are curious about the new creature they found, the one that has to wear so many layers of odd material. So they mount an investigation of their own.

Ironically, as the politics play out, tempers rising and fraying, species manoeuvring toward war, the humans and the Sholen learn a lot more about the Ilmatarans than they might have otherwise. The reverse is also true. The mission is no longer hands off; it is very much hands on and, as odd alliances form, it is unclear who will come out on top.

The world of Ilmatar is unique. I really enjoyed the depictions of llmataran culture. James Cambias obviously put a lot of thought into how a species might exist in conditions that differ so greatly from what we might consider viable. The rules he came up with relay well into the Ilmataran culture. The Sholen were just as interesting, for different reasons. We don’t get to know them as well, but their culture is definitely alien. One of the funniest scenes in the book is the two Sholen delegates trying to persuade the human in charge, Dr. Sen, to their way of thinking.

The book is funny. The main characters strike a good balance between humour and intelligence, and stupidity, when required. Because of the multiple points of view, the pace rarely lags. There is always something interesting going on and the author takes time to explore sub-plots within each species’ ‘camp’ as it were, which roll into the main plot very nicely. The reader’s sympathies are pulled in a number of directions so that when the final battle arrives, it’s actually difficult to choose a side. Sort of.

There is also a lot of edge of the seat action and adventure. I expected more military style, but the battles are not large scale. Instead, they’re more a series of carefully orchestrated manoeuvres. Each team wins some and loses some.

‘A Darkling Sea’ is a unique take on the first contact novel. It’s a Science Fiction adventure with a little something for everyone. There is a small teaser at the end, but if James Cambias was to turn his attention to a different story, I’d be just as interested in seeing his style applied to a new set of characters and aliens. 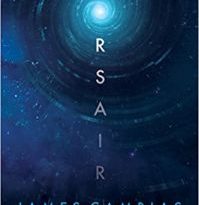