Want to hear something distinctly segregational that still exists in the western world? In some states of the USA, atheists are prohibited from holding elected office and even if you tried, 40% of the voters wouldn’t vote for you. No wonder all Presidents and their families ensure it is publicly shown that they attend church regularly. Although it doesn’t go quite like that in the UK, all Prime Ministers show some reverence to the church but we don’t see things in quite the same way. Apart from the element of show, to my more cynical eye it tends to represent the notion of being ethical than that religious. As this book explores, not being religious does not mean you aren’t ethical. From my perspective, it’s also a demonstration of not running with the herd and being an atheist puts you amongst us geeks, where I suspect there’s a large percentage of atheists as well. The title, ‘50 Great Myths About Atheism’, should give away the contents of this book. I pointed out a few months ago that in comparison to books on religion, the number on atheism wouldn’t even fill a shelf, so this one adds to the small number.

There are a lot of interesting facts that I learnt from this book. The reason why atheism is treated like a religion is more to do with law than belief but does explain why the layman thinks its sides with believing in the devil, when really it means not believing in any kind of deity. You’ll have to read the whole book to discover a whole list of famous atheists, although I wish there was an appendix with them all grouped together to give them some context. There is an appendix showing all the atheist organisations out there. With Man being a herd animal, I suppose there must be a desire for safety in numbers. Makes me wonder if true geek atheists would stay away from any set organisation but it is nice to know that they do exist.

Only Christianity has chaplains in the US military, although not noted, I think the same applies to UK military. When you consider just how many other religions among servicemen, let alone atheists, that becomes a statistic no one seems to address.

The point made about atheists don’t give to charity is clearly wrong but it does make me wonder if the religious do so to ensure their place in heaven are doing it for the wrong reasons.

There’s a significant quote from J.F. Haught on page 115 that the Bible doesn’t have any scientific information whatsoever. One could argue that it was written at a time when things hadn’t been discovered but thinking about that statement, I agree with Haught. Mathematics was certainly in use. Why else have a census or even maths? Being science free puts the Bible into the same stable (sic) as other mythologies which also had a similar lacking. Religion isn’t based on a need for significant knowledge but definitely a means to give some ethics to the flock and knowing right from wrong, even if they still did it. Beyond that, there doesn’t appear to be a need to pass on scientific knowledge although, oddly, it wasn’t beyond some monks to study science, so it could hardly be considered as a totally taboo subject. These days, like career politicians, priests of most religions are solely career orientated.

A question is raised as to whether atheists understand what faith is and I suspect it’s because we do is why the switch is made. The authors made a significant point that many atheists starts off in religion and not outsiders without any faith at all. I’ve made the argument before that believing in a deity and a religion doesn’t mean that they are on the same hymn sheet. It would have been interesting to have had the authors explore that difference in more detail as I suspect that might have been the reason why some people turn from religion when they realise that not all people involved obey its ethics.

Are there any other myths that I can include here? Certainly, one significant one is that Albert Einstein was religious, largely taken from his statement that God does not play dice, but he was fundamentally an atheist and this was a throwaway statement.

The examination of miracles gives some insight but as the authors point out, recovery from illnesses by remission is rare but hardly miraculous just lucky. As Chris Hitchens points out that most of the miracles in the New Testament are about healing, it doesn’t have so much significance than the belief in the person who tells you that you’re recovering. Like the so-called evangelist ‘healings’, there is no follow-up to see how long such miracles last before the then sufferer succumbs to the illness.

In case you thought atheism is something new, it even existed amongst the ancient Greeks. Through the Dark Ages, lest they suffer attacks or killed, atheists kept such thoughts to themselves. At least, that aspect has gone now.

After the fifty myths, there is an examination of the rise of atheism. I wish they had explored how pious priests say they are speaking the word of God with no discernible way to show how the communication goes on. I mean, if it’s hearing the answers to prayers, how do they distinguish this from the inner voice that we all have and why should they be picked out as being special?

Logistically, one either becomes an atheist by reasoning or even out of lack of interest by not having any religious indoctrination. If you want to throw a religious slant on this, if there is a deity out there, then he or she doesn’t seem bothered either way.

In many respects, this book does do its job but I have to wonder about the target audience. Although I wouldn’t want to see a watered down version of this book, I do think a less word heavy or verbose book would be sensible for people who might feel intimidated by a book such as this to sway them. Certainly for the Americans, that has to be a good idea. Whether it will make the hard-core religious become atheists is hard to say. I suppose it depends on whether they read this book. 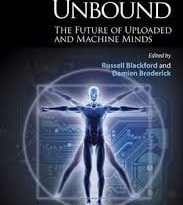