The 2016 Hugo Award winners were announced at a ceremony held at MidAmeriCon II (aka the 74th World Science Fiction Convention) on Saturday August 20th, 2016 in Kansas City, Missouri. The ceremony was hosted by Pat Cadigan. 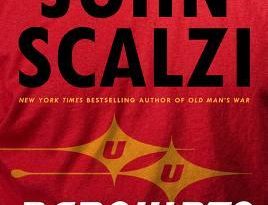