Reading ‘Kick-Ass 3’ only took a couple of hours on a Saturday afternoon. I’ve seen the original film and missed the second but this was my first encounter with the comicbook source material. I’m sure it will be a film, too. ‘Kick-Ass’, in case you didn’t know, is Dave Lizewski, a teenage geek who decided that he could wear a wet suit and fight crime but got beat up instead. Things improved when he met Hit-Girl and her father, Big Daddy, a far more professional team who really knew how to kick ass. Hit-Girl is a foul mouthed, murderous pre-adolescent, a sort of anti-Pollyanna. Clearly, there is an element of black comedy to the series. Missing ‘Kick-Ass 2’ didn’t affect reading ‘Kick-Ass 3’, as the story is easy to pick up on. Hit-Girl is in a high security jail and Kick-Ass plans to get her out. In this, he will be aided by some other ineffective super-heroes in a team known as Justice Forever. The plan doesn’t go well. They need more training. Hit-Girl is stuck in jail for a while.

Meanwhile, Rocco Genovese plans to take over the gangs all along the east coast of the USA, aided by the corrupt cops he owns. As things fall apart, Kick-Ass gets a girlfriend, a sexy nurse, who takes up most of his time. His best friend has decided that as girls his own age don’t want geeks like him, he will go on-line and pick up single older women. This works out very well for him. Young geeks take note.

The super-heroics get a bit forgotten. The luxurious top secret HQ of Justice Forever is mostly occupied by The Juicer, an older man who is laying up there, he says, just until he can save up enough cash to get a place of his own. He moves his girlfriend in and they spend their days watching super-hero box sets which are bought on expenses as ‘research‘. Then the Skull and Bones Gang hit town and things get worse.

The story by Mark Millar is pretty good and the script is clever with several references to well known comic books. The basic joke of adolescent notions of super-heroics coming up against the real live nastiness of criminals still works. It’s hard to imagine a better art team than John Romita Jr. and Tom Palmer. JRJR, as he signs himself, can undoubtedly draw and Tom Palmer is one of the best inkers in the business. He bought the pencils of talents like Gene Colan and John Buscema to a new level of excellence. Strange, then, that I didn’t much like the art. The figures and faces are crude. As these guys know what they are doing, I guess it was meant to look this way. The storytelling is perfect, though, and that’s the main thing.

The violence is astonishing to an old man bought up on Silver Age comics but I won’t go on about it. There is sex, too, so this one is not suitable for younger viewers. Older readers and fans of the series will probably love it and eagerly anticipate the film. Me, too. I wonder who they’ll cast as the hot nurse. 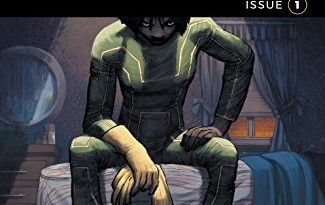 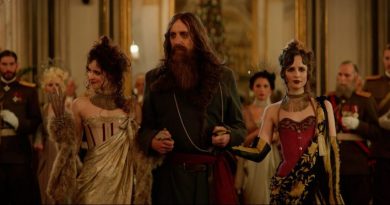