After reviewing the ‘Marvel’s Agents Of S.H.I.E.L.D’ soundtrack composed by Bear McCreary, I jumped at the chance to review the soundtrack from the film ‘10 Cloverfield Lane’ as its also composed by McCreary. This guy has serious talent and it shows through again. If you don’t know anything about the film you can read a review here http://sfcrowsnest.org.uk/marvels-agents-of-s-h-i-e-l-d-original-soundtrack-album-by-bear-mccreary-cd-review/ or I could just say it is an American Science Fiction psychological thriller. While you don’t normally need to know what the films subject is about, this album is an exception. It has dark brooding elements and what my friend refers to as ‘jumpy bits’. This is where the soundtrack will assist the on-screen shenanigans and make you jump. The ‘10 Cloverfield Lane’ soundtrack album is comprised of 14 tracks which appear to be named after the scene from the film they are accompanying. For example, track 1 is titled ‘Michelle’ and track 11, ‘Up Above’. I do have a vague idea of what the film is about but have not yet watched it so I’m reviewing the soundtrack as a standalone item. As you may expect, McCreary has created another masterful piece of work here. It’s an album that I continue to play as, if anything, it just gets better the more you listen to it.

It has just struck me that McCreary sound tracks have large orchestral arrangements and might be regarded by some as the modern day version of classical music. Yes, there is the occasional sound effect which is probably produced by a synthesizer but there are lots of what sounds like violins and other traditional orchestral instruments. There are a wide variety of tempos and sound levels used which make this a complex and satisfying album to listen to. Getting back to the ‘jumpy bits’ (yes, track 5 ‘At The Door’, I’m talking about you) it’s a bit like being slapped in the face when you least expect it. Thankfully, by the third of fourth listening you will have come to expect it.

Another favourite of mine is track 8, ‘Hazmat Suit’. I’ve no idea what’s going on in the film but the sound track implies a chase or a rush to do something as it is quite a fast tempo piece. Repeated listening to the album has to be recommended as it gives you an appreciation of how the whole thing fits together. I’m certainly going to listen to it again having watched the movie to see if I can identify the scene from the soundtrack. Before then I will just keep listening (as I am now) in blissful ignorance of what is happening in the film. 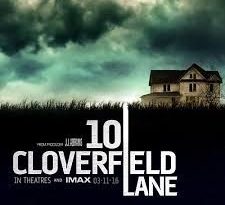